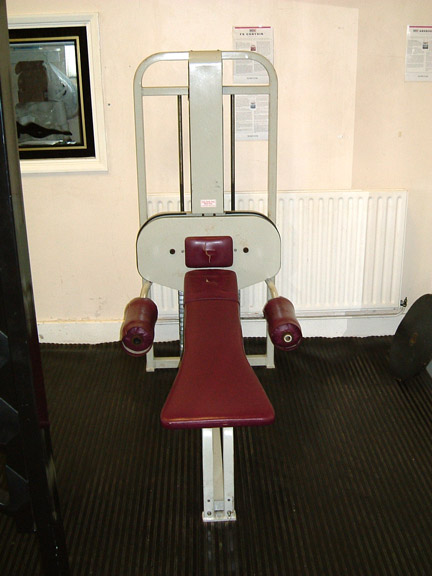 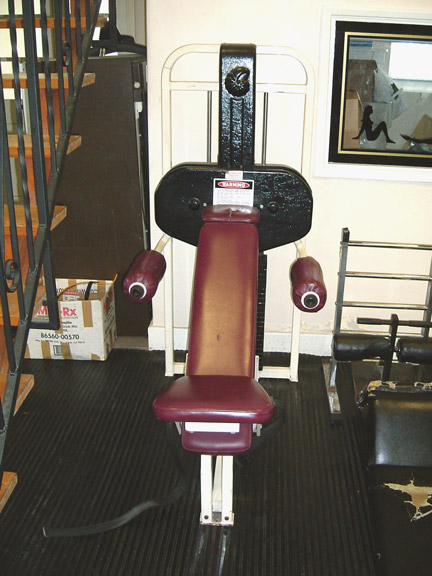 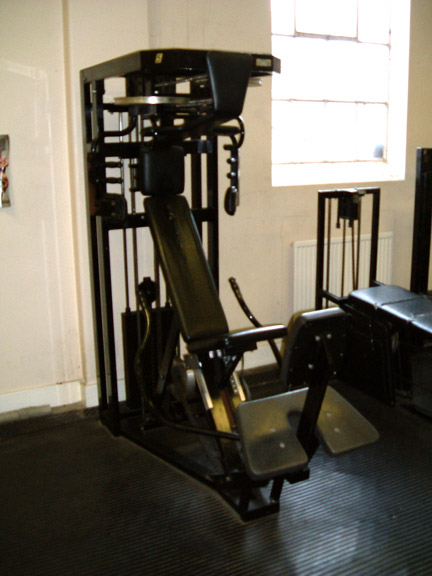 Nautilus 10 Degree chest & 50 Degree Chest machines offer good isolation while the Duo Chest is for advanced Pre-Exhaust techniques, it takes a few strong guy's to move this machine around we know because we had to carry it down four flights of stairs and half way down Kings Road Chelsea to the truck. 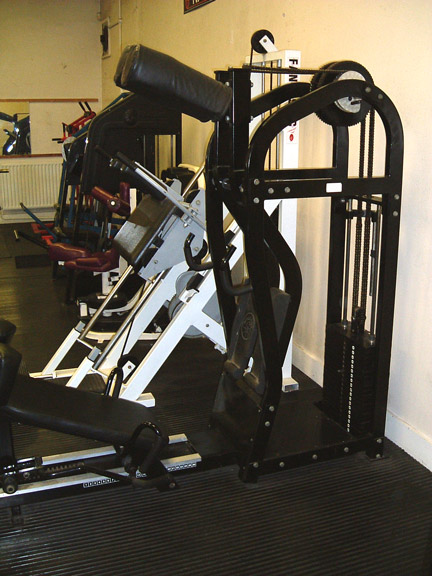 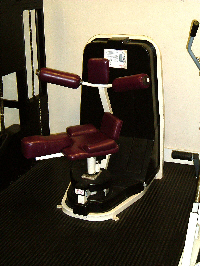 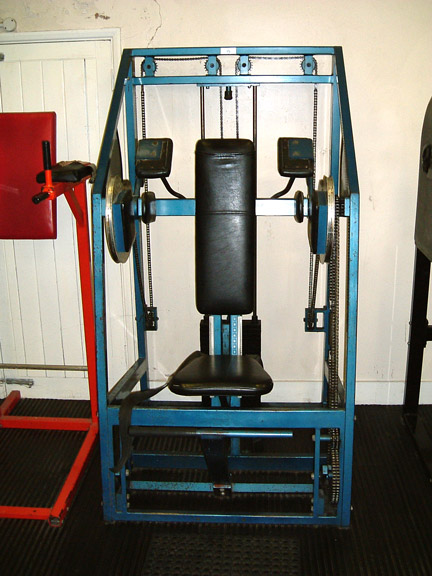 This  particular Nautilus Super Pullover machine (Previously owned by Roger Daltry of the "Who")  appears to have once been part of a Nautilus Compound Back machine and would have had a lat pull-down machine bolted to the front of it for super-setting / pre-exhaust techniques, the Super Pullover is a particular favourite of mine (and many others) as i am not an advocate of using heavy poundage's on what should be an isolation movement. The Nautilus Duo Squat was one of only a few machines ever fitted with the negative cam which tripled the weight from the bottom of the movement to the top and in it's day was touted as the most advanced leg machine ever produced. These and other Nautilus Machines were some of the best bodybuilding machines ever invented. 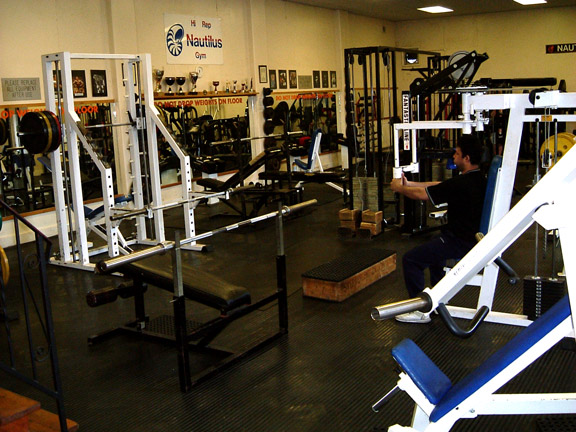 An Eleiko Olympic Powerlifting bar one of several used at Hi-Rep Gym along with Eleiko rubber bumper weights. Smith Machine , Pulley Crossover Machine, Pannatta Compound Rowing Machine, Seated Low Pulley Row Machine, Cable Lat Pull-down Machine and various benches incline, flat, decline etc, there is even a "Dr Squat" (not shown) cambered safety squat bar designed by world powerlifting champion Fred Hatfield the first and maybe only example of it in the UK it weighs in at 32.5 kg without weights or collars